Here’s a little bit about me: 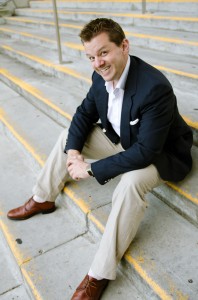 As a London based baritone, I am an active member of the local music and theatre community having performed works at the London Fringe Festival and with local theatre companies, jazz & classical musicians, Orchestra London, and as a chorister and soloist with the Grammy and Juno nominated Elora Festival Singers.

Originally from Brandon, Manitoba, I have had the great privilege to have extensively performed and studied across western Canada including the Banff Centre, the Edmonton Opera, performing operatic roles in Mozart’s Cosi fan tutte and Le Nozze di Figaro, Puccini’s Tosca and Turandot, Lehar’s The Merry Widow, and many others.  I am no stranger to musical theatre with credits including leading roles in South Pacific, Fiddler on the Roof, Joseph and the Amazing Technicolour Dreamcoat, and many more. My concert repertoire includes Mendelssohn’s Elijah, Haydn’s The Creation, and Handel’s Messiah, Faure’s Requiem along with major works from all the languages of song. 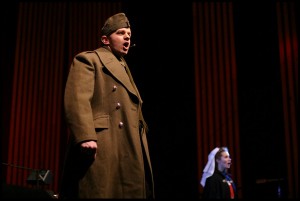 As a teacher, clinician and conductor, I maintain a vibrant private studio, regularly holding workshops in and around south western Ontario. I work closely with the Canadian Celtic Choir as Vocal Coach and Assistant Conductor. My common-sense teaching style combined with a deep understanding of vocal production and styles help to create a positive, productive and enjoyable learning environment.